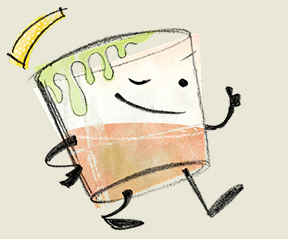 The Sazerac is an unusual old-school drink with the fine distinction of The Official Cocktail of New Orleans. No garnish, no ice, no citrus juice – but deeply refreshing and smooth. It was originally made with Cognac, but since 1880 or so, rye whiskey has been the standard. And that’s a good thing: Rye’s peppery intensity gets a serious flavor going up front where Cognac might just lay back and take it.

Peychaud’s bitters and Herbsaint are two New Orleans-local ingredients that give this drink its one-of-a-kind character.

It’s easy to think of the Sazerac as a transitional cocktail: similar in its template of spirit/sugar/water/bitters to the Old Fashioned, simply known as “Cocktail” prior to the later 1800s. It’s kind of like what Jerry Thomas called “Improved” cocktails – those enhanced with absinthe and a bit of maraschino or curaçao. And it’s served “up” (without ice) like a Manhattan, but in a rocks glass. Credit for this drink goes to Antoine Amédée Peychaud, a Creole apothecary from New Orleans by way of Haiti, who would mix his proprietary Peychaud’s bitters with French Cognac and a bit of sugar for his customers, in the style of the day. The drink became immensely popular in New Orleans, so much so that the Sazerac Coffee House was opened in 1840 to serve the thirsty masses (named after the Sazerac de Forge et Fils Cognac the drink was made from).

But a little aphid-like bug called phylloxera had other plans: a plague of Biblical proportions that brought on the near-total destruction of France’s grapevines between 1863 and 1890. It’s estimated between 66% and 90% of all Europe’s vineyards were demolished by this pest.

When faced with adversity major or minor, though, New Orleans always rises: a simple switch from Cognac to rye whiskey around 1880 kept the Sazerac on track. And after the totally-unfounded absinthe ban hit the United States in 1912, locals J. Marion Legendre and Reginald Parker started producing the absinthe-subtitute Herbsaint from techniques they learned in France while serving during World War I.

And it’s this formula that stuck: rye whiskey, sugar, and Herbsaint with Peychaud’s bitters. Some like one dash of Angostura in place of part of the Peychaud’s – although not traditional, it’s delicious. You can certainly do a bit of time-travel by mixing this with some good Cognac (try Pierre Ferrand 1840) and a more traditional absinthe like Pernod for an idea of what the Sazerac tasted like originally… but a funny thing happens sometimes when disaster strikes: things get better as they recover.

Chill an Old Fashioned glass in the freezer at least ten minutes.
After it’s chilled, add to the glass:
1/4 oz Herbsaint
Over the sink, tilt and slowly rotate the glass to coat all interior surfaces with the Herbsaint. As a last step, tilt the glass upside-down to drain out any excess drops, then return it to the freezer.
In a mixing glass, add:
2 oz rye whiskey
1 barspoon rich demerara syrup
4 dashes Peychaud’s bitters
Add a mix of ice cubes and cracked ice to cover well above the liquid level. Stir well to blend and chill, then double-strain (to catch small bits of ice) into the prepared, chilled glass. Pinch a lemon twist over the drink to express oils onto its surface, then rub the twist around the glass rim to coat. Discard the twist. 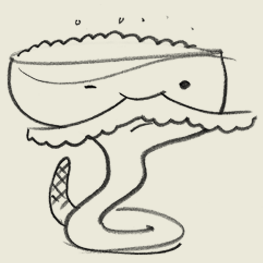 Here’s another fun one that’s not in the book, from Beretta in San Francisco. As always, it’s worth locating the best ingredients – no substitutes. The clincher in this drink is real Grade B maple syrup. Definitely not artificial maple-flavored syrup-style food product, Grade B doesn’t mean it’s lesser quality than Grade A, it’s just darker, richer, more maple-y. And don’t be afraid of the raw egg white in this one – just make sure no chickenshit gets in your drink and you’ll be fine. You’ll “dry shake” the ingredients together before adding ice – this helps emulsify the ingredients. Adding ice and shaking hard gets an amazing, frothy, silky texture going.

“Rattlesnake” sounds like it will have a scary bite, but trust me: it’s painless.

Chill a cocktail glass or coupe in the freezer at least ten minutes. Separate one egg, discarding the yolk. Lightly mix the egg white with a fork – this’ll help you measure it out.

Make sure you have a good, tight seal (egg whites can foam up and expand when shaken). Shake without ice for 20 seconds to blend. Add a few ice cubes and shake again, hard, for at least 30 seconds. Double-strain into the chilled glass using a fine-mesh strainer.

Pinch a lemon twist over the drink to express oils onto its surface, then rub the twist around the glass rim to coat. Garnish with the twist laid across the surface of the drink.